Get connected with a clothing factory in Turkey today! 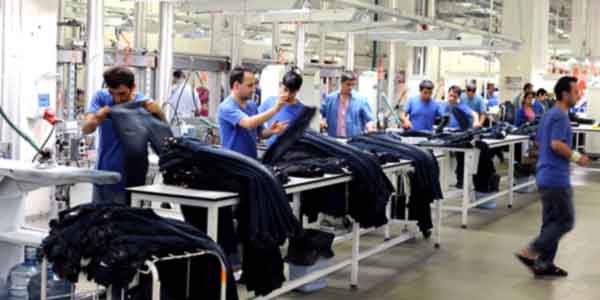 Small businesses account for 99 percent of all companies in Turkey. To put it into numbers, we are looking at millions of businesses that are categorized as SMEs, that create millions of jobs on an annual basis; out of these, we have a rough estimation of tens of thousands of establishments that are categorized as clothing manufacturers for small businesses or retailers. The combined revenue of all the amounts as mentioned above to a staggering $186B.

Turkey has a well-developed apparel industry that plays a significant role in the country's economy. The availability of resources for manufacturing clothing in Turkey is generally high, with many textile vendors, sample makers, knitters, hardware suppliers, and clothing factories located in major urban centers such as Istanbul, Izmir, and Bursa.

The clothing industry in Turkey has a long history, dating back to the early 20th century when the country was a major producer of textiles and clothing for the Ottoman Empire. In recent years, the industry has undergone significant modernization, with many factories adopting advanced technologies and best practices to increase efficiency and competitiveness.

There are several factors that contribute to the availability of resources for manufacturing clothing in Turkey. One is the country's strong infrastructure, which includes a well-developed transportation network that enables the movement of goods and raw materials to and from the factories. Another is the availability of skilled labor, with many Turkish workers receiving training in fashion design, pattern making, and other related fields. In addition, the country has a favorable business environment, with relatively low barriers to entry and a supportive regulatory framework that encourages investment in the garment industry.

Despite these strengths, the availability of resources for manufacturing clothing in Turkey is not without its challenges. One major challenge is the intense competition from low-cost producers in other parts of the world, which has led to declining demand for locally produced garment. Another challenge is the high cost of energy and raw materials, which can make it difficult for local producers to compete on price. Finally, there are also ongoing concerns about labor conditions in some factories, with some workers being paid low wages and working in unsafe conditions.

Overall, the availability of resources for manufacturing clothing in Turkey is fairly high, with many factories being modern and well-equipped. However, the clothes manufacuring industry faces a number of challenges that need to be addressed in order to ensure its long-term sustainability and competitiveness.

Get connected with a clothing factory or textile vendor in Turkey today!

Finding a Clothing Manufacturer in Turkey

Here at World Clothing Manufacturers, you can find all the essential clothing manufacturers in Turkey. We are a one-stop shop for finding a clothing manufacturer in Turkey, whether small businesses, retailers, suppliers, or designers. Search across the best suppliers in Turkey to find the most suitable match for your business. Local sourcing is a rising trend that companies are turning to instead of seeking their suppliers abroad; World Clothing Manufacturers is playing our part in revolutionizing the apparel and clothing industry, and you can be a part of it.

Choose a city page in Turkey: